Whether storm or sprinkle, thoughts fall into our fertile minds and either flourish and grow there, or dwindle and die.

Presented here are a few of the thoughts that are growing in the garden of my mind.

GIFs:  I am very fond of photos and pictures, especially animations.  I doubt you will ever see a photo of me that has not been photoshopped six ways from Sunday.  I like to use various free photo editing apps to enhance, change, and/or add text to pictures.

This picture is one of my favorites.  I found it in Google Images, the most amazing collection of illustrations I have ever seen.   As a child in the South, I used to sit on the front porch swing and watch the rain and lightning and listen to the thunder.  My mother frowned on this, and when she made me come inside,  I would sit by the fireplace, which had floor to ceiling bookcases on each side, and read everything from The Grapes of Wrath to The Bobbsey Twins.  In Southern California, I guess I am starved for rain and thunderstorms, so I am more or less fixated on any weather different than the constant hot sun baking my brain every day.

Name Stolen from Sweet Alice:  Why I call myself “Sweet Nan” As you may have observed from my tweets and other writings,  I am not particularly sweet.  As a matter of fact, I tend to be sarcastic, grumpy and overly-critical at times.  I have been an admirer of Ms. Harris for a long time.  I have followed her activities in the newspapers, and observed her energy, selflessness, and good works.  I believe her inner nature is as sweet as her face.  I had hoped that by keeping her name in mind, I might develop some of her good qualities.  So far, no luck.

Alice Harris, also known as “Sweet Alice”, is a community organizer based in the neighborhood of Watts, Los Angeles, California. She is the founder and executive director of Parents of Watts, a local youth outreach group. Wikipedia

My Opinion on World Affairs:

World affairs are in a very big mess, as everybody knows.  Humans are greedy, warlike creatures, and most wars are fought in the name of religion or good works, but are actually based on greed.  As you know, I am an expert on politics and world affairs (Excuse me, I just put a fudgecicle in my cup of coffee, and it is delicious).

Did we really need to go rescue people from the awful dictator Saddam Hussein?  No, they were doing just fine until we meddled in their business.  We meddled in their business because we wanted what Saddam Hussein had (oil and riches), so we destroyed his city and killed a lot of his people, and we still didn’t get anything.  Then we had to go back and rebuild what we had torn up.  What madness is that?

I can remember my blood pressure going up to

there when I read side by side columns in the newspaper about (1) what wonderful new schools we were building in Iraq and the wonderful new textbooks and other materials we were stocking them with, and (2) How schools in the United States had no money for textbooks, and teachers in many areas were buying school supplies out of their own salaries.  Just one side of the story, to be sure.  Our own schools waste money like crazy, and our students still get a poor education.  But that’s another story, another opinion, another blog. 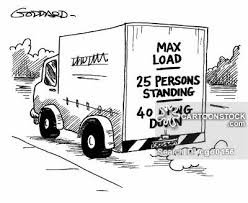 When this country was young, we needed people to come and help build it.  So in came an influx of people from other countries.  The Chinese helped build the railroads.  Many of the Irish were police and firemen.  I don’t believe they were treated very kindly, but they were welcomed as workers and new settlers.

As the years passed, we became a well populated country; some called it a “melting pot.” At some point, we should have realized that we had enough workers, enough people, and that adding more would eventually lead to overpopulation and over crowded living conditions.

But in our great wisdom, we did not stop or even attempt to limit immigration.  People continued to pour in, legally or illegally.  They wanted what Americans had, jobs, good wages, homes, cars, big televisions…and they got them, along with welfare benefits, free medical care, free education, and many other things.

Some of us ask, “Why does my neighbor who came here illegally have a better house, a newer car, and more money in welfare benefits than I have on a pension I worked all my life to pay for?” And “Why do they have five or six different names and social security numbers, and why do the women have a child every year to get a bigger check (and teach their daughters to do the same, and on and on).

I personally know a doctor from Russia who came here illegally. She was able to get a green card, social security number, drivers license, and so on, with some help from an immigration attorney and a gullible man she took up with.  She had to take some more (free) college classes to get her medical license here, but she did that, and then sent for her parents, brothers and sisters.  When asked how they would live, she said they were already signed up for everything (housing, welfare, medical, etc.) before they even set foot on American ground.

So through our own original population and the immigrants, legal and illegal, we have overpopulation conditions leading to what I think of as “The Vanishing Americans.”

I see there is a little sprinkle of rain today in Los Angeles, and I have shared a little sprinkle of the thoughts that have grown in the garden of my mind.  Unfortunately, it looks like they were mostly weeds, and thankfully nobody reads my blog, or I would be roundly criticized.